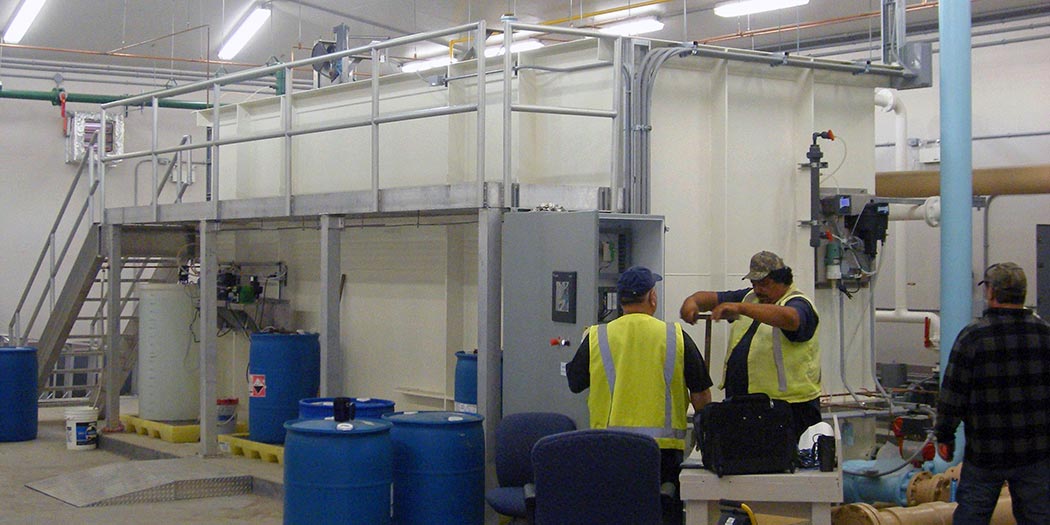 The inlet turbidity typically is less than 5 NTU, but the raw water total organic carbon (TOC) can be as high as 12 mg/L. Previously, the system included two conventional packaged treatment units consisting of flocculation, tube settling and granular media filtration. The filter run lengths were short, producing excessive wastewater and low system production efficiency. The high TOC was not properly addressed, which resulted in trihalomethane (THM) concentrations that were out of compliance with regulatory standards. In addition, during high demand periods in the summer, the water was sometimes out of compliance for turbidity, resulting in advisories to boil the water. The existing package treatment systems were also near the end of their useful life. The city contracted to design a new water treatment system that would produce higher quality water, increase capacity and improve overall system efficiency.

Tags: In The Press