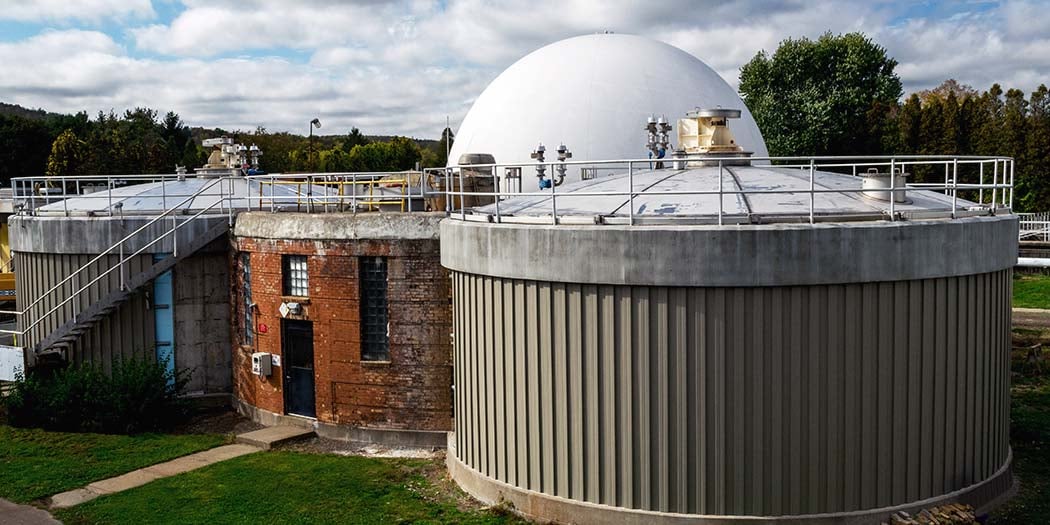 The wastewater facility is far and away the largest greenhouse gas (GHG) producer within the Cortland city government, said Bruce Adams, Superintendent of the Cortland Wastewater Treatment Facility.

The combined heat and power project at the heart of our relationship with the dairy businesses will reduce our GHG to a small fraction of what it was. The next phase CHP project promises to reduce the carbon footprint to near zero.

The new plan replaced the aging carbon steel fixed covers with new covers made of 304 stainless steel, changed the gas storage from a fiberglass floating cover to a DuoSphere™ gas holder, and converted the secondary digester to a third primary digester. These upgrades increased the plant’s capacity so it could accommodate dairy waste and give the facility staff breathing room to plan the new digester and associated CHP equipment to be completed in a later phase.

The existing gas mixing systems on the primary digesters were only marginally effective, even when they were working properly. The plant had issues with throughput, volatile solids reduction, and gas production. It was clear that the plant needed to improve their mixing to meet the project goals.

The facility decided to install WesTech Extreme Duty™ Sludge Mixers that saved space, assured reliability, and helped the project schedule to stay on track. The internal mixers were easily mounted at the center of each of the two fixed covers. The two external units mounted to the outside of the DuoSphere digester. 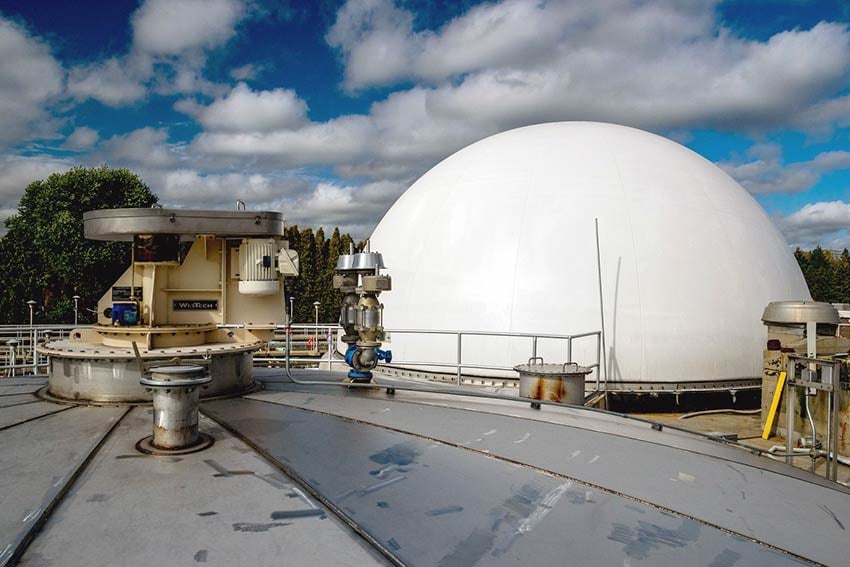 To capture the increased gas produced by the added whey, the DuoSphere dual membrane cover was used to replace the floating cover. This would give the facility significantly more storage and flexibility when it implemented cogeneration in the next phase of the project. The ability to run at a higher operating pressure than they had with the concrete-ballasted rigid fiberglass gas holder was also a plus. 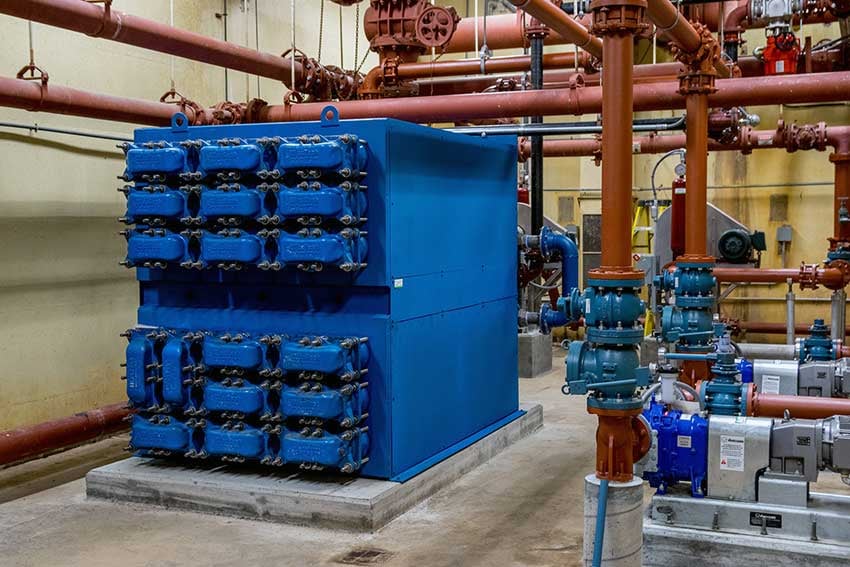 For example, for the new mixer, the client had originally wanted a Bubble Gun System because there were no moving parts in the mixer. But this requires a costly retrofit for existing mixers because the equipment must be put in the tank. The decision was made to install the draft tube impellor-style mixer, Extreme Duty Sludge Mixer, which meant the installation was much simpler as the mixer sits on the outside of the tank.

All partners worked in concert, putting the success of the project ahead of other considerations, Adams said. Having partners that were nimble and responsive was very important to the project’s success.