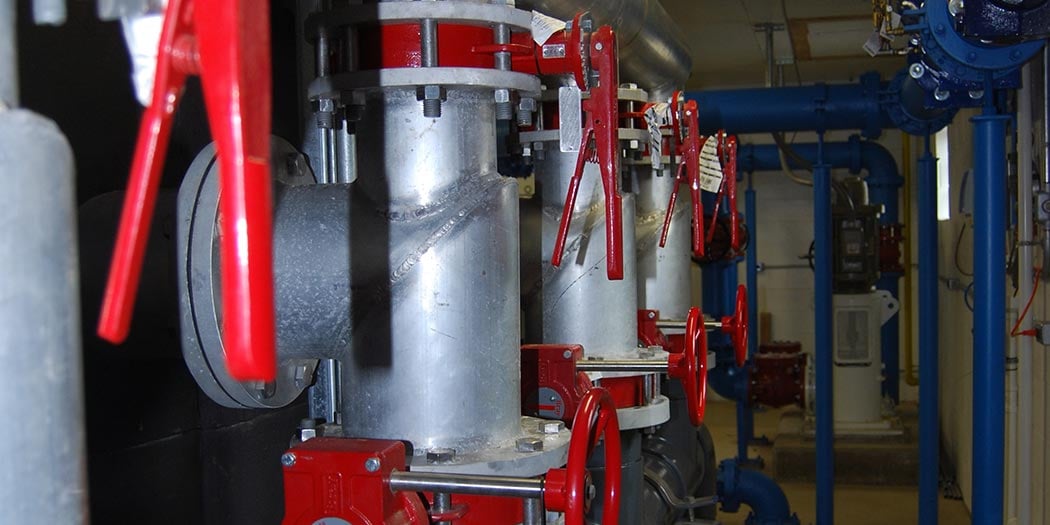 Iron and manganese aren’t considered hazardous; they fall under the EPA’s Secondary Maximum Contaminant Level (SMCL) standards. The downsides of having significant amounts of iron and manganese in drinking water are a strong metallic taste to the water, and staining once the water is exposed to oxygen.

In addition, plant equipment can be affected by a buildup of iron and manganese deposits, which can lead to reduced water quality. In public water systems, these contaminants can react to produce other substances that clog pipes and distribution lines.

As with most water treatment challenges, there are several different approaches to address this issue.

One option is cation exchange. Using conventional softening resins for iron and manganese removal can be effective for treating low levels of dissolved iron. But it is not ideal for high flows or higher concentrations of iron and manganese that can inhibit the resin and cause more frequent regenerations and increase waste production.

Another method is the two-step process of oxidation-filtration, which first uses oxygen, chlorine, or potassium permanganate to oxidize and precipitate the iron and manganese. The second step is to filter the water to remove the precipitated particulates.

One challenge of the oxidation filtration approach is that if iron concentrations are high, the filter media will require more frequent back washing, which impacts the plant’s productivity.

One approach that has proven to be particularly effective for a number of municipalities is a packaged groundwater treatment system that combines aeration, detention, and filtration to remove iron and manganese.

WesTech has worked with more than 500 plants to install AERALATER® water treatment aeration systems to dramatically improve the cities’ drinking water quality. The packaged system uses a draft aerator to saturate the raw water with oxygen, a detention tank to precipitate manganese, and a filter below to capture the precipitated solids. These three processes are stacked one atop the other.

Here’s how it works: 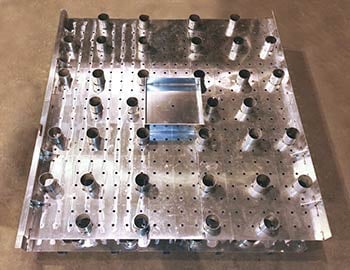 This approach eliminates the need for backwash supply pumps and tanks, or to bring system water back for backwashing, due to the backwash sequence that uses in-service filter cells. 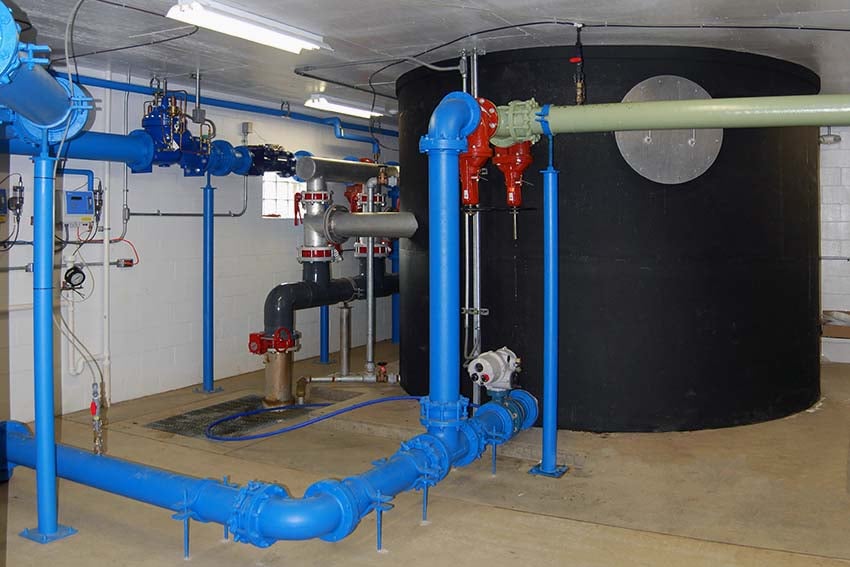 Recently, several city water treatment plants in states including Georgia, Iowa, and New York have gone on record to talk about their successful AERALATER installations.

When the Village of Bolivar, New York, needed to build a new water treatment plant to meet water quality requirements, they chose the combined aeration, detention, and filtration system due to its cost-effectiveness, ease of use, and low maintenance.

In Grand Junction, Iowa, the water treatment plant had been struggling to maintain a vertical pressure filtration system from the 1930s. When they decided to build a new plant, the requirements included efficient operation and minimal maintenance. The AERALATER fit neatly into those requirements and offered much improved iron reduction.

These examples show that combined aeration, detention, and filtration systems can offer efficient removal of iron, manganese, and other groundwater contaminants, as well as being low maintenance and cost-effective. These aspects make this type of system worth considering for drinking water treatment plants looking to reduce iron and manganese levels from groundwater sources.

Ready to learn more about our self-contained treatment plant for iron and manganese removal? Download the AERALATER brochure (PDF).