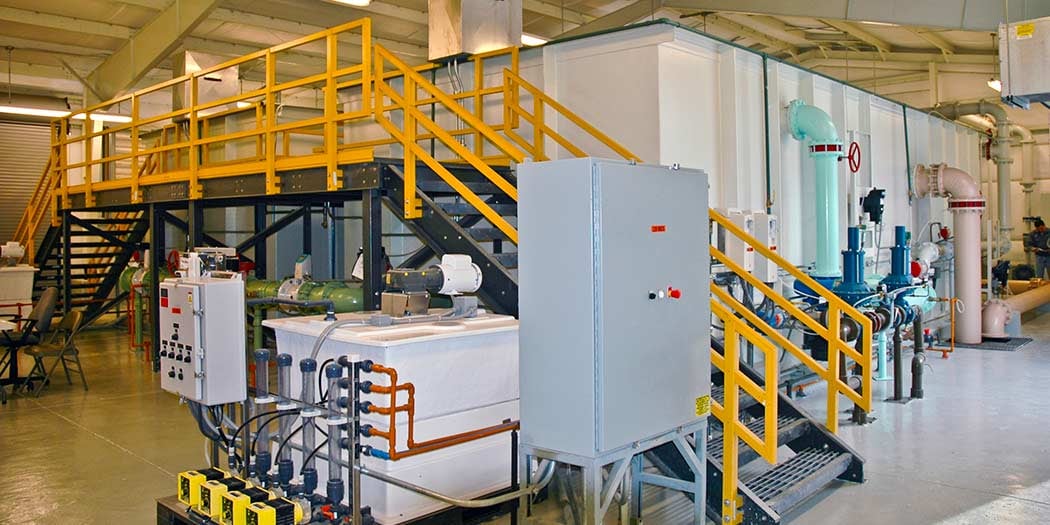 When the City of Bloomfield, N.M., was notified by the New Mexico Environmental Department that it had 18 months to bring its drinking water treatment plant into compliance with the Interim Enhanced Surface Water Treatment Rule (IESWTR), they needed a fast, innovative solution.

“The main reason it failed was because there wasn’t adequate pretreatment to address the rapid changes in turbidity that can be experienced with afternoon thunderstorms in the summer,” said Mike Brewer, Senior Project Manager, CH2M.

The CH2M team evaluated various treatment technologies that could handle rapidly changing turbidity levels. They ultimately chose the Trident® HS package treatment system. The Trident HS uses a multi-barrier approach that can handle seasonal turbidity spikes, while producing high quality water. It operates at higher hydraulic loading rates, resulting in a smaller equipment footprint. Equally important, waste is minimized with the multi-barrier approach where net production of water can be greater than 95%.

“We looked at a couple different alternatives and the Trident HS system – its compact package design and its ability to be rapidly deployed and get it here on time, quickly, and minimal space requirements that were required to accommodate it, along with its lower overall lifecycle costs were key decisions in why we chose the Trident,” Brewer said.

The existing plant could only treat about 1.5 million gallons per day (MGD) of water, which was inadequate during summer peak water demand that sometimes exceeded 2.5 MGD. Bloomfield solved their demand problem by renting a temporary mobile filter treatment system, which proved to be a less costly solution than purchasing water from a nearby municipality.

In the new process, raw water is chemically conditioned inline through a static mixer, where a coagulant and polymer are introduced. Once chemically conditioned, the water is directed to the Trident HS package treatment system consisting of two stages of clarification, one stage of filtration, followed by ultraviolet (UV) and chlorine disinfection. The system also incorporates solid recirculation from the first stage of clarification to the feed water to promote more efficient chemical usage and TOC reduction. The Trident HS has the potential to achieve a log credit removal of 7-log using the multi-barrier approach and chorine disinfection.

“Being in government, a lot of times you’ll see things and know something needs to be done and you know that the wheels turn very slowly in government and, oftentimes, its years before you see the results,” said Scott Eckstein, Mayor of Bloomfield. “And with this system, truly, 13 months later, the citizens could see what their money was being spent on. They knew we had an issue here, and in 13 months, the issue was resolved.

“Not only do we now have water that’s in compliance with standards, but we have doubled the capacity of water that we can produce, which will allow for future growth so we can welcome new business, new citizens, new homes, more industry to Bloomfield with open arms because we have now the water to supply them.”