Opportunities for Industrial Anaerobic Digester and Biogas Use 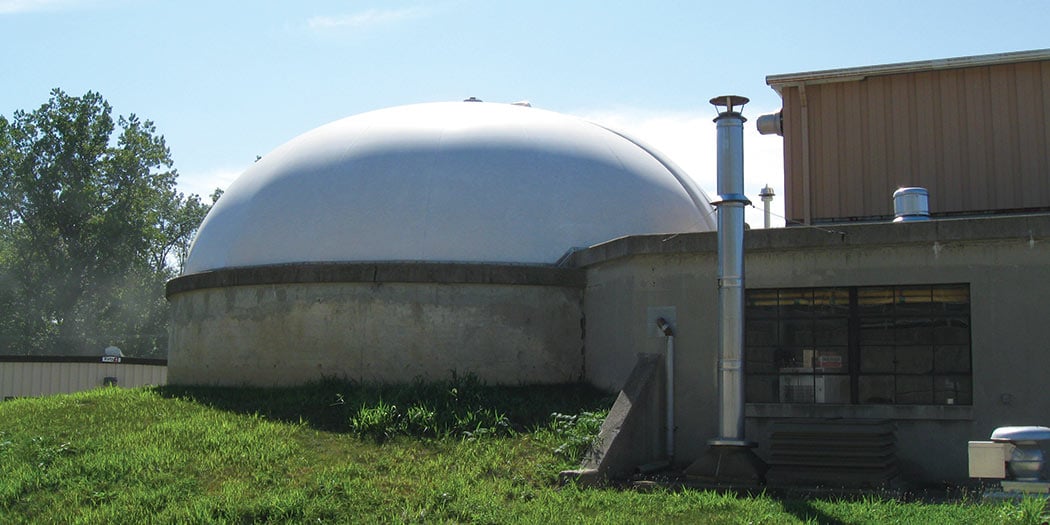 Livestock production and food processing are two of the many industries that continue to be scrutinized by environmental groups and consumers. Both industries come under fire for their use of resources (energy, water) and production of waste materials. An anaerobic digester that captures biogas combined with a process for utilizing the biogas can help on both fronts.

AgStar estimates that biogas recovery systems are technically feasible at over 8,000 large dairy and hog operations. These farms could potentially generate more than 13 million megawatt-hours of energy per year.

A McKinsey global survey of nearly 2,000 executives from a variety of industries found that 72 percent of respondents say considering sustainability is “extremely” or “very important” for managing corporate reputation and brands.

There are a number of ways in which anaerobic digestion and biogas use can combat the negative perception of both consumers and the communities surrounding livestock and food processing operations.

1. Responsible nutrient management: Livestock producers such as beef cattle ranches, swine and poultry farms, and feedlots and CAFO facilities are subject to both regulations and community expectations related to the responsible management of animal waste. Dairy farmers also must consider nutrient management in their operations.

One of the key factors to meeting these demands is manure storage or disposal. Related processes need to be managed in a manner that limits the introduction of nitrogen and phosphorus to water sources via surface runoff and groundwater infiltration.

There are many types of manure management techniques, but anaerobic digestion combined with biogas storage has the added benefit of also reducing odor. The effluent remaining after controlled anaerobic decomposition is low in odor and rich in nutrients.

2. Improving air quality and eliminating a public perception of wastefulness: Anaerobic digestion of livestock manure releases methane, a greenhouse gas with a global warming potential 25 times that of carbon dioxide. Operations that capture the gas are preventing unwanted methane emissions.

In some cases, facilities design their digesters to incorporate flares to burn the biogas they capture, instead of using it for heat or energy applications. Combustion converts methane to carbon dioxide and water, which results in a net GHG emissions reduction. But the environmentally watchful portion of the public views flaring as a waste of a potential energy source – a perception that isn’t positive for an agricultural company’s corporate image.

To reduce flaring, biogas from digesters can be used in a number of ways.

It can be used as CNG vehicle fuel (after conditioning). Or the biogas can be converted using a combined heat and power (CHP) unit. Smaller facilities that are looking for a solution with very low emissions and the ability to use the gas with little to no scrubbing could consider a CHP unit with a Stirling motor.

By using the biogas captured, a facility can both reduce the amount of energy that it needs to purchase, and combat potential negative public comments about its business operations.

In fact, taking such steps toward sustainability can actually elevate the reputation of a company.

Fortune magazine recently wrote about one of the country’s largest dairy operations, Fair Oaks Farms. The article, titled How A Huge Dairy Is Solving A Major Pollution Problem, described the company’s owners as “dairy geniuses” for designing the operation to use the biogas from cow manure to power its delivery trucks.

Like many facilities decisions, investing in anaerobic digesters and biogas systems can be a significant financial and operational undertaking. Many companies have discovered that teaming up with other sectors can make it more economically feasible and more efficient.

These partnerships are made more impactful by the fact that codigestion, which is the treatment of a mixture of at least two different substrates, can significantly improve the efficiency of anaerobic digestion.

According to AgStar data, there are 242 anaerobic digesters operating on livestock farms in the United States. But not all of the farms produce the right volume or composition of feedstock for their digesters. So they’ve joined with other industries, resulting in increased biogas production and better gas quality.

One of the more common partnerships is with the food processing industry. Food waste makes an excellent feedstock; it has as much as 15 times the methane production potential that dairy cattle manure does. Food waste substrates combined with manure can improve methane generation.

Anaerobic digesters that are designed for processing dairy manure can accept food wastes which are similar to dairy manure in terms of total solids, volatile solids, chemical oxygen demand, and moisture.

Jordan Dairy Farms in Massachusetts is an example of a dairy that uses anaerobic digester technology to blend farm manure, food scraps, and food processing byproducts to produce biogas.

The Jordan Dairy Farms digester system, which is owned and operated by AGreen Energy and was designed by Quasar Energy, has been in operation since 2011 and uses approximately 25 percent manure and 75 percent organic food waste, which is provided by HP Hood & Sons, Cabot Creamery Cooperative, Kayem Foods, and Cains Foods. 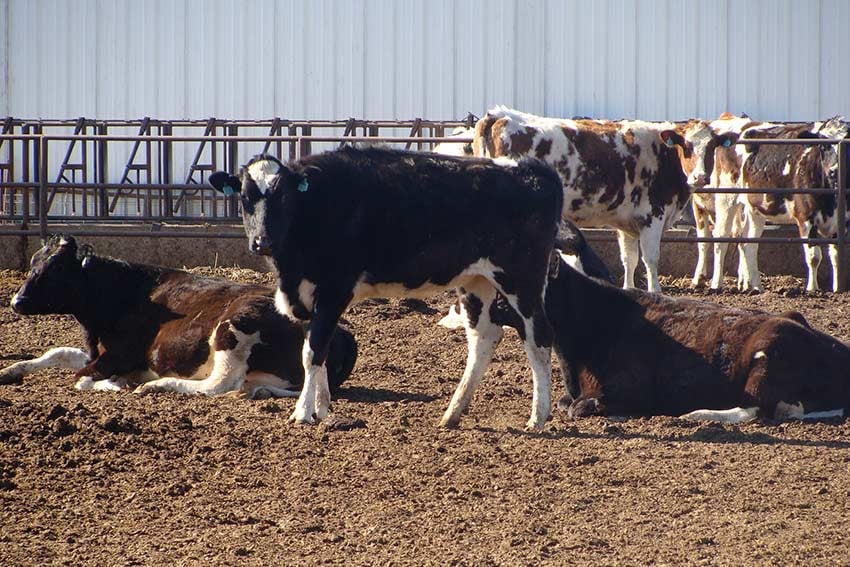 Food waste is delivered to the farm on a daily basis at no cost to the dairyman. The digester generates approximately $200 per cow per year in revenue and cost savings for Jordan Dairy Farms from power, heat, fertilizer, and bedding.

Similar to how dairy manure and food waste work well together for codigestion, municipal WWTPs and the food processing industry are combining sewage sludge and food waste to increase biogas production.

As of 2014, only about 15 wastewater treatment facilities in the U.S. were sending food waste, particularly from commercial sources, to facilities that use anaerobic digesters to convert the food into biogas.

Some regions are carefully considering how to take advantage of that untapped potential. In Oregon alone, the state’s dairies, wastewater treatment plants, municipal solid waste collectors, and food processors have the feedstock and infrastructure to generate over 100 MW of biogas energy, but currently have only 8 MW installed.

Financing is one of the key hurdles to realizing the potential of industrial biogas. Partnerships can help there, as well.

Pennwood Farms is a 500-cow dairy in Pennsylvania that utilizes an anaerobic digester to process manure into electricity and bedding for the cows. The construction of the digester complex is an example of a dynamic public/private partnership.

Funds from a U.S. Department of Agriculture (USDA) Rural Energy for America Program grant were used to build the digester system, which produces enough biogas to generate electricity for the farm and several homes in the community. The clean bedding generated by the digester also saves the farm approximately $60,000 in costs annually.

These are just a few examples of digester and biogas opportunities that can benefit multiple parties. Companies who are willing to work together to realize those benefits have much to gain, both in terms of reputation and cost savings.